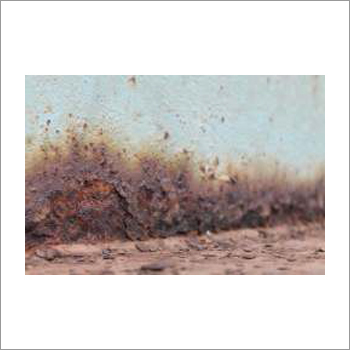 High Purity Biodegradable Solvent Grade To Remove Rust is an Industrial Water Treatment chemical that is ideal to be applied in cooling towers, boilers and heat exchangers. It is formulated to inhibit rust because of dissolved oxygen in the water.

What is Corrosion Inhibitor?
This is a chemical substance that, when mixed to a gas or liquid reduces the rust amount of a metal or an alloy material. The performance of a this solution is dependent on composition of fluid, water quantity, and flow regime. A normal mechanism for inhibiting rust requires formation of a coating, usually a passivation layer, which inhibits entry of the corrosive material to the metal. Stable treatments like chrome plating are not normally recommended inhibitors, however. Instead rust inhibitors are additives to the liquids that surround the related object or metal.

What is meant by Rust
Rust is an iron oxide, often red oxide produced by the redox reaction of oxygen & iron in the existence of air or water moisture. Various forms of corrosion/rust are clear both visually and by spectroscopy, and form under varied conditions. Rust contains hydrated iron (III) oxides Fe2O. Corrosion or Rust are costing the globe industry billions of
dollars a year! In the most of countries, the majority of industry is located in a wide coastal strips, sea air is conducive to the higher level of rusting happen. Actually, rust has almost become part of our daily life - with diverse industries indeed resigned to accepting corrosion as an inevitable as well as expensive cost.

Causes of Rust
A lots of low mild steels and alloy steels are iron in a state of non-equilibrium. Speaking scientifically, these kind of materials tend to try and attain their lowest potential.
What this means in effect is that such things try to return to their naturalistic form - hydroxides & oxides of iron. Because rust is a growth reaction, several different elements are necessary for rusting to happen. e.g., salt-loaded sea air is very much conducive to producing a rusting action - and actually, any moist air will support rust to form.

Treatments
Traditionally, covering materials (for example paints) have been utilized for protecting steel and iron from the airborne & elements pollutants, which can cause corrosion. However, the protection given by covering materials is only as fine as the formation of the materials to be painted. Preparation of poor surface is the key cause of protective painting failure. If any corrosion is missed under the covering, it continues to develop - both into the metal and lastly through the coating. Normally, this insidious destroyer is not fount out until prime damage is done.

TIMIRIN is an anionic inhibitor that is stable and lasts up to 6 months. It is water based & water soluble chemical compound. It is hazard-free, non-toxic, non-volatile & alkaline in nature. It contains a outstanding track record spanning around a decade. Also it is now accepted worldwide as being a highly effective way of treating rust/corrosion.

TIMIRIN is an ideal replacement for highly acidic rust removers.
As it is not suggested to use Hydrochloric acid, NITRIC acid and Sulphuric acid for removing rust as their fumes are toxic and causes breathing issue. They also affect the metal by peeling off the outside layer and resulting loss of weight of the metal at a higher extent.

TIMIRIN doesn't cause any irritation once comes in contact with Skin / on inhalation.

How We Can Help You
TIMIRIN (A COROSSION INHIBITOR): TIMIRIN is as non-toxic, non-irritating, non-polluted, and bio-degradable solvent, however it performs by converting corrosion to a stable black surface of Iron. It works by means of a chelation chemical reaction to form a sturdy matrix bonding to the real metal.

Additional Utilities
It can be applied as Iron shiner.